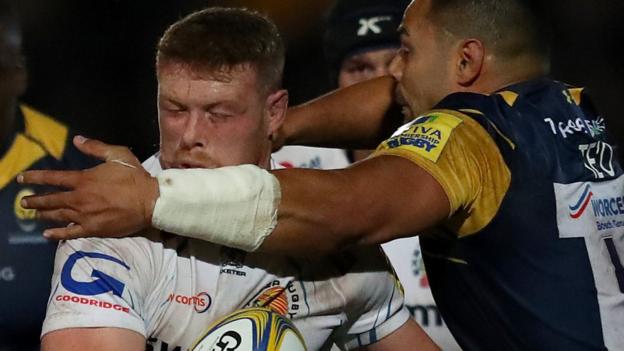 World Rugby has questioned whether Premiership referees are properly policing high tackles after a report revealed a rise in injuries and concussion in the English game.

In reaction to the audit, the Rugby Football Union (RFU) released an eight-point plan and called for changes to the tackle law.

However, the sport’s international governing body responded by pointing out that there has been a 36% decrease in the number of yellow cards given for high tackles in the English top flight.

World Rugby also reiterated that it introduced harsher sanctions for high tackles at the start of 2017.

“High tackle yellow cards increased by an average of 41% globally after the directive, but with noted variation between tournaments,” a World Rugby statement read.

“That includes a 36% decrease in yellow cards issued for high tackles in the Aviva Premiership.

“Penalty sanctions for high tackles were increased by 64% worldwide in 2017 compared to 2016.

“A reduction in head injuries in the sport is the top priority for World Rugby and we are committed to further research, change and monitoring to achieve this goal.”